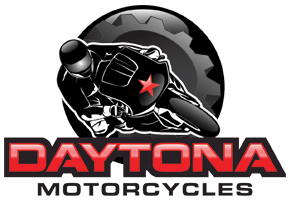 Hi, my name is Paul Taffa, and I’d like to tell you a bit about me.

I am life-long rider, and have been riding for over 30years. The first bike I was involved in was a Honda CB 175 twin. My next door neighbour got it to do up. It was running, (sort of) but once we got to it, it never ran again…..ah well…

As for my trade background, I started at Granville Tech College, doing a Pre-Apprenticeship course. This was 1 year full time at Tech, and entitled me to a 1 year reduction of my apprenticeship, and a 2 year reduction in my day release. Thus, I was a qualified tradesman at 19. I started at Monaco Motors at Rushcutters Bay, doing Volvos. (!!) City Leyland doing Minis, Mokes, and Triumphs, plus Concourse cars doing Peugeot and Renault. While I was there the company acquired Brysons Jaguar, so that got added to the stable. Lots of variety there!!

From there, I went to Classic Autocraft, doing restoration and repair work on classic and high-end cars. One of the big high-lights there was working on a Jaguar D-Type with the UK rego OKV 1. This was owned by noted car nut and eccentric Jumbo Goddard, OKV 1 was a Le Mans competiton car, and one of only 3 D-Types in Australia.

I have always been strongly interested in racing and have helped prepare many race cars and bikes. I have been active in Group C and Group A touring car teams, and Australian Formula 1 and 2 teams. I assisted my brother prepare his race cars, a real high point is the HQ Holden he raced to 6 consecutive NSW and National titles. Being involved in a significant run of wins like that was very satisfying.

All the while, I was working on bikes as the jobs arose, and finally got out of cars about 15 years ago. Time for a change, and follow my true passion. I started at Kawasaki Southside, and spent many happy months there until the business closed due to outside forces. I spent 6 and and a half years at a workshop in the Inner City, then went to a BMW dealership to establish it as a BMW Motorrad dealer. I started with an empty shop and within a year it was a busy shop with repeat customers and an extensive special tool and parts inventory.

I purchased Mark Tudor Motorcycles in July 2018. The time was right and the deal Mark and I worked out was right. I must thank my brother Mark for his huge assistance and mentorship.

I look forward to ongoing success and happy customers.